Vision on Mission is situated at 5 Railway Road, San Juan, Trinidad and Tobago. It aspires to be known as a positive and essential contributor to social development and nation building and to provide a facility for reintegration where ex-inmates can find counsel, support and motivation to positively affect their society.

Vision on Mission was established by Mr. Wayne Chance who had received a prison sentence of 8 years. While in prison, he received Jesus Christ and conducted religious education classess in the prison with other inmates. He was the first inmate to be ordained while in prison. Following his discharge, Mr. Chance became an activist against crime and conducts several activities to prevent crime and rehabilitate those who are prisoners and ex-prisoners.

To become the number one anti-crime intransit prisoners' rehabilitation reintegration delinquency treatment centre in Trinidad and Tobago and the Caribbean. To promote right living and facilitate the needs of inmates on their release from prison. To address the social problems and needs of the society and support government, religious and social organisations in their efforts to curb violence and crime.

Vision on Mission provides a halfway house for ex-prisoners and deportees as well as job placement and other services for ex-prisoners. It provides academic, vocational and other courses as well as counselling to inmates. VOM also assists in reconciling offenders with victims and their relatives. VOM also conducts a weekly radio programme titled "Restorative Justice" on which Wayne and his guests engage in discussions about topical issues of crime, penal reform, politics and social issues.

About Our Prison Ministry

Vision in Mission has gained the support of many prominent citizens in law enforcement and the business community, several of whom sit on the Board. Mr. Chance is also a successful entrepreneur, owning and operating the Caribbean Bake and Shark Company Limited - a popular fast food business that specialises in Trinidad and Tobago cuisine.

The spiritual transformation of inmates, finances to undertake the call of the Lord for this ministry and for committed volunteers. 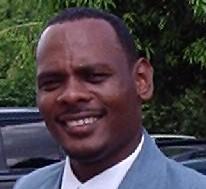